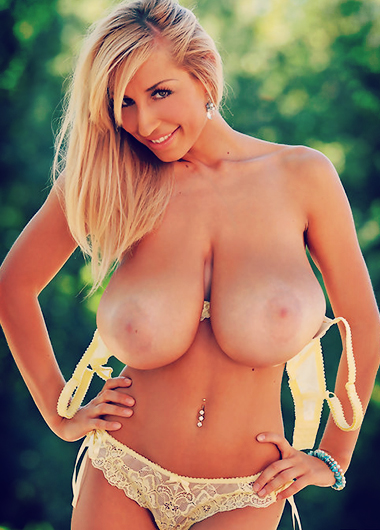 Quick curious note: Venera means "worships". I don't know if this was what SexyVenera had in mind when she created her nickname, but the fact is that many guys worship her huge tits. Edit: Later I found out that in some languages, Venera means Goddess.

I met Juliet, in 2007, although, according to some guys, she is camming since 2006. It is a long time and I was surprised when I found her online couple of months ago.

Back in the year of 2007, she used to work on Cams.com only and later joined Streamate. Her room was always full of guys crazy about her huge tits, of course. She knew that we all were there for her tits, so 90% of the time she was in positions that we could see her tits. This was an infallible technique because she was getting privates all the time.

Girls with huge tits like SexyVenera are - let's say - dangerous in private. They use to be like busty models and don't do nothing more than show tits. Nothing bad on this, but I always want to see the full picture, if you know what I mean.

It is obvious that the star of her show is her massive tits, but would SexyVenera go for a hardcore show?

As I said, I found her in 2007, when I was more insecure about taking girls in private. I used to spend a lot of time in free chat before going in private. Because of that, my first private with SexyVenera only happened almost 1 year later.

I only decided to take her in private because I was sure she wouldn't show only tits. I had checked the pictures taken from her past private shows (available on Cams.com) and I could see that she was doing more. She was not a busty model only.

When in private with her, I was first interested on see her unleashing her "big guns". She didn't take too much to do it and when she did, I was speechless. For few seconds I was looking at her tits trying to figure out how they could be so big.

But I was not in private only for her tits. I wanted to see her getting fully naked and going in for a hardcore show. As she did with her tits, she didn't take much to get fully naked and start playing with her kitty.

She turned around and bent over opening her petite ass. Nice view... I could see her boobies being squeezed against the bed while she was rubbing her kitty.

And what about something more kinky? She was ok with that, so she tried to fist her pussy. I say "tried" because although all her effort and that she managed to put 5 fingers in her pussy, it was not too deep in her pussy. Maybe because she was too tight.

SexyVenera has huge tits and they are amazing, but what really is surprisingly is the combo of huge tits and a petite body. I could say that SexyVenera has almost a skinny body. Later I found out that she has a degree of Ftiness, which might explain how she got this fit body.

It is an interesting to watch her holding those big breasts with her tiny hands. Also, I don't know if those glasses - that she wears since 2007 - are really needed or if it is just to look sexy. But she really looks nice with them.

An old question that Juliet gets all the time is: "are they real?". She rarely answers this question and when she does the answer is the same: "yes"

But many guys, including me, are not satisfied with the short answer. This made some guys to discuss about it in thread on Freeones board. Eventually, Juliet joined the discussion and gave a straight answer: "they are real". This was a surprise, not because of the answer, but because of the fact that she joined FreeOnes to interact with the guys.

Regardless, SexyVenera is a good girl to watch in action. If you are a big tits lover, she is perfect. Not only because of her tits, but also because she plays as hard as you can imagine.

About 3 years after our first private, I found out that SexyVenera still is in action on Streamate. She has now a high quality webcam, something that in 2007 was not possible to use on many camsites.

This new webcam has a cristal and clean image (she might be using also some special lights) and her boobies look even better. Indeed, this great image made me take her in private again.

As I said, Juliet is the name that she uses online. On Cams.com she uses the name Isabella. On her facebook it is Juliet Isabella. I don't know if it is her real name.

When I met her I thought she was from Russia as in 2007 Cams.com and Streamate was full of Russians, but she has always claimed to be from Greece. In that thread on FreeOnes she says that she is half Greek, half Italian.

But who cares about her age? She is still looking good and playing nice.

Going social and busting her career

That participation on FreeOne was just part of a process of she interacting more with the guys and busting her career. She now has her own website (www.sexyvenera.com) and she is going social and promoting herself on Facebook and twitter. Completely different of that Juliet I met in 2007. She is now interacting much more and willing to talk much more.

I don't know what she is planning to do with her website, but if she decides to offer a member area with exclusive pictures and videos of her, I will probably join it. One tip for her: High quality pictures of her would be greatly appreciate not only by me, but by many guys.

Fair mention to a camfan

When I was writing this review, one guy suggested me to write a review about her. Funny, because I was already doing it.

Thanks for him, I found out more about Juliet, like that she has also a LiveJasmin's account, that she has a website, Facebook and twitter. I already knew about the FreeOnes thread, but I had lost the URL and this guy also helped me with this.

This kind of help is much appreciated.

I can say these are pretty good photos in high quality, much better than a webcam picture. So we can enjoy and worship Venera's big tits.

May 30, 2010
I just had a nice chat with SexyVenera on Facebook. Some things can be revealed, others not. But SexyVenera updated me with her plans to her website - sexyvenera.com.

Hi, Although I do think Juliet is very attractive, the combination of huge breats and a tiny body, I also feel her breasts could be better. I love real tits, and her are clearly very real. She seems to have suffered with bad stretch marks above the breast, and the weight of each tit makes them hang very heavily, which I like, but at times they do look droopy. Can you recommend any other female stars with HUGE breasts and tiny bodies? Thanks

Hi, Right now I can't recall any girl with thin body and huge breasts. Well, at least not with natural breasts. In this point, Juliet seems to be a rare case. And if you set the filter to camgirls only, then it is even harder to find someone like her.

She told me she is greek but some pages in her fb profile are in serbian language.

And on her profile on DFFBusty she appear as Moldovan. I think she does not want us to know where she is from. Maybe in the future she reveal it like she did with her birthday.

I missed out on Venera :( She seems to have quit now. There's another slender, big-boobed legend on mfc that many people seem not to know is there... the one and only MERILYN SAKOVA!!! (merilynsakova on mfc). I think you should review her. She's amazing in her shows and funny and sweet just chatting!

Arg sorry I just saw the do not request a girl thing as I hit post :(

Hi Jupiter, Venera uses to take a time from camming to shoot photos for busty sites. I talked to her last month and she said she has been working on her own site. She really wants to put this online soon, but with quality. As for Merilyn Sakova. I know her. She is everything you said. I may review her some day. Thanks for your comment.

The most perfect woman in the world,top to bottom,in and out,a true Goddess.

Venera means Venus, simple as that.