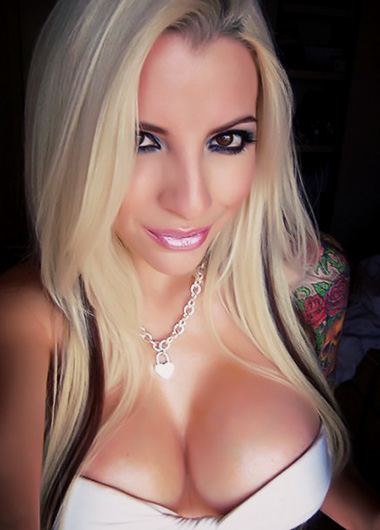 I was in private with her like dozen of times (I was a little addicted to her), but I didn't see any evidence that the show was not live. She did all that I asked, although with some delay. But she did.

Warning : From late 2011 and until early 2013, this model has used recorded videos. It is unknown who exactly was typing the chat during this period. In mid-2013 she returned to real live shows at MyFreeCams, however her accounts on Cams.com, Flirt 4 Free, ImLive and Streamate are still using recorded videos. Beware that if you decide to have a private chat with her, you may watch a recorded video and interact with a stranger. It is still unknown who is really typing the chat on the other side.

I was in private with her like dozen of times (I was a little addicted to her), but I didn't see any evidence that the show was not live. She did all that I asked, although with some delay. But she did. I'm not saying he is lying. But when I was in private with Britney Foxy, the whole show seemed real. Edit: Read the update to know more about Britney using recorded videos.

However, I know that some girls use or might have used recorded videos. It was a pretty common thing that I found about 2 years ago. Indeed, Streamate, where Britney Foxy is known as Blondeplaymate used to have a lot of girls using recorded videos. It changed a little few months ago. Right now I don't know how it is because it has been a long time since my last login on Streamate.

I will leave this subject for awhile and focus on Blondeplaymate (BARBIEHORNY, BLONDELICIOUS, barbiewild or whatever is the nickname that you know). However, I found a girl who is using recorded videos for sure and I will post her in the future. So I will bring up this issue again.

With me she did all that. That's why I think it was a live sex chat. I won't take her in private again just check if it is really live. But you can :p

For those who like girls with tattoos, the chick has some. A big one on the left arm, a funny one on the right arm, a playboy bunny on her belly, one that says "freak" and other that says "Ay Caramba". Did I forget one? That one on her right arm is funny because it is Homer Simpson. Well, if she had tall blue hair I could call her Marge Simpson.

Yet about her tattoos. That big one on her left arm used to be smaller. I think she did some retouch and tattooed a bigger one over the older.

Oh, I was just watching her in freechat while the file was being uploaded and I got this.

freeloader: can i see your nipples?
BLONDELICIOUS: ill show my boobs if u tip me $50

Five dollars for her tits? Ok, those are fine big tits, but $5 (typo, it was $50) just for her tits it is too much. I would rather take her in private and see whole art. Anyway... I didn't know she was a "tips for tits" kind of model.

I've recently learned that Britney Foxy has been using recorded videos in her private shows on Webcams.com, ImLive and MyFreeCams. More constantly on ImLive, which is exactly where she is considered a top model with many award and an idol to other models

To be honest, I was already suspecting of that. On the last times that I visited her room, her video was kinda blurry and the studio seemed like the one she used to work 2 years ago. I remind you that she is now working at home most of the time. Plus, she was chatting, but I was not seeing her typing on any keyboard. But one thing is have a suspicion, other is have a confirmation. And that was what I got, a confirmation.

Ok, so here is what I found out. Britney lives with a guy (she has already showed this guy on cam when he was sleeping), and this guy is who stays behind the keyboard pretending to be Britney while a recorded video plays in a loop. He is also the guy who created her twitter and he has been tweeting for her.

This explains why she is almost 100% of the time in private chat on ImLive. As models can go private whenever they want (as some kind of fake private - models appear as busy in private, but there might be no member with her), Britney just logs in "private", puts the video to play in a loop and goes away. She appears online on ImLive for hours. I mean many hours daily. Any member who joins her in "private" will have to pay for it. And let's face it - she is hot. Many members might join her in private just to see her on cam if she is never in free chat.

As far as I know, they have been doing this for about 1 year. I say 1 year because this was when I saw that blurry video for the first time on ImLive and also Webcams.com.

After some years away from the adult industry, Britney is back. She uses her legal name now, since she built an image being a contestant of Big Brother Brazil. It seems she is camming exclusively on a site called CameraPrive, which apparently is focus on the Brazilian market.

Thanks for the info italoboy. I have updated the review. Sorry for your comment haven't been posted sooner. The anti-spam system tagged it as spam. Cheers!

You shouldn't by any change have more stuff with her? She is awesome

More? There are 7 (hardcore) videos and 39 quality pictures. If I had more, it would be more of the same ;)

What can I say, can't get enough of her :D

I love her attitude and stamina. One of the best girls in this biz I've seen so far. I'm kinda surprised by her "rating" over here. :)

hello my friend please up more, videos shw is the best #1

LOL... more? There are already 7 videos of her available for free download. Are not that enough to have an idea of what she can do in pvt? If she start doing new things I might post new videos.