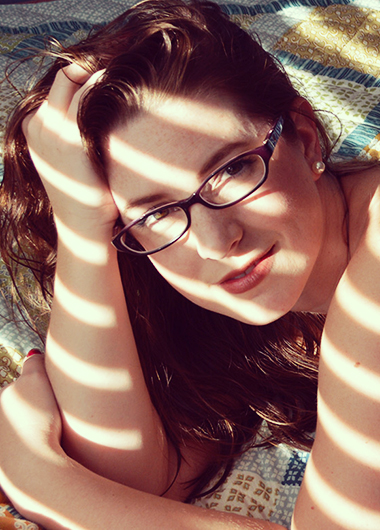 I first saw Amber on my twitter when she, under the nickname AmberLynneGirl, started following me a few months ago. Her face seemed familiar, but I thought that it would be just another stupid webmaster with a fake twitter account and using a sexy picture of a girl that he does not even know. Very common, indeed. But a few days later I was on MyFreeCams and I found the same picture. How could I forget about this model?! She has one of the highest scores on MyFreeCams and is always on MyFreeCams's top model list! So, she is really a model, not a guy behind a fake account.

I tried talking to her by sending a Private Message (PM), but... she had a crowd in her room and couldn't give attention to anyone in PM. I let her work in peace. This is what you should do when you see that a girl is busy. Don't insist because she can't give attention to hundreds of guys, she is not a machine. Anyway... many guys were tipping her and she was doing great in free chat showing her big boobies and playing with her pussy. So I let her be. Yes, she does show her hot body in free. Just be sure to be nice and tip her before.

About 30 minutes later an alert popped-up on my dashboard on MyFreeCams. It was her sending me a PM. She was sorry for not giving me attention but she was busy (I realized that). See? I got rewarded for being patient. Just for your information... I contacted her asking about a review. So she came to me to talk about it. Of course she already knew about my site (otherwise, she wouldn't be following me) and she liked the idea of being featured here. But she wanted to understand what exactly I would put here for download. Few short videos of her is ok. But dozens of videos showing her in all different positions and using all type of toys... this wouldn't be a good idea. I told her that I had a video of her taking a shower and she said that this video is ok. But she warned me about all that she can offer (in free chat, after some tips, and in private show or group show).

[...] but I do oil show/dancing from time to time, and generally hang out naked in free chat [...] I like to try and keep the masses happy without breaking the rules :)

She was also concerned about what I would write about her (every single model does). "I hope you write a good review" - she said. I have nothing bad to say about Amber and I bet that all those hundreds of guys watching her in free chat share the same opinion.

Goofing around with her tits

But it was good talking to her. I had a chance to get to know her better. Talking to her and diggin' her profile a little bit, I found out a geeky girl behind that sexy hot body. It was the first time that I found a camgirl that is also a World of Warcraft (WoW) player. I don't know this game very well (I'm more a puzzle bubble addict), but I do know that most of the people imagine an ugly fat geek (mainly male) playing WoW for all day long. But take a look at Amber... does she look like an ugly fat geek? No, she does not! She might look a geek with those glasses, but a sexy geeky for sure.

Since you guys don't have a site to post a review about her, I'd suggest to you to go tip her. It does not matter how much... 10, 100, 1000 tokens... she will thank you with an unique smile and maybe you can even see her shaking her booty. Oh.. her booty... I already told her that it is the only thing that keeps me awake. I just love her round ass. One of the best pictures of her nice booty was posted by her on her twitpic account. Yeah... and about her pussy. I can't help but to remember one time that she was in free chat and someone asked her to try a big toy. She said: "I'm not an elastic girl. I have a tight pussy."

I love her ass!

She is a sexy geek with a naughty and very outgoing personality, but Amber is not an elastic girl. But if you are dreaming of her with a toy, don't worry she uses toys, but not big toys. Although I consider some of her toys pretty big. Ask her to show the blue toy and you will see what I mean. Chat with her a little, be nice and I'm sure you can convince her to use that blue toy in private.